Listen to all the podcasters talk about Otakon! We participated in an impromptu podcast by Ani-Gamers’ Evan, along with Anime World Order and Carl from Ogiue Maniax, just after the convention ended.

Ani-Gamers Podcast #064 – Cannon Busters,
Under the Dog, and Eating Contests at Otakon 2016

I was lucky enough to be invited on the Taiiku Podcast to share my final thoughts about the massive, over 100 episode, Ace of the Diamond TV anime which just wrapped up. I joined host Kory along with Chris and Jared to get out all our feelings about this epic tale of baseball boys! Oh and SPOILER WARNING. 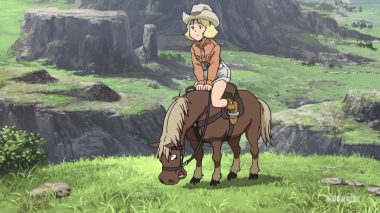 I have come to be known as a fan of several characters. Clearly my Saber fandom is my most emblematic object of affection I have gained a reputation as an equally fervent admirer of Sayla Mass. That meant that I was the first person All Geeks Considered thought to invite on to talk about  Mobile Suit Gundam: The Origin II – Artesia’s Sorrow. Since this is the most Salya-centric episode there was really no one else would have been as excited to talk about the trails and tribulations of Artesia Som Deikun. We take some time out from talking about Sayla to discuss some Casval and Ramba Ral to balance the podcast a bit.

Now I just need to be on a podcast about Nagi Sanzenin and I can complete my blond girl fandom hat trick.