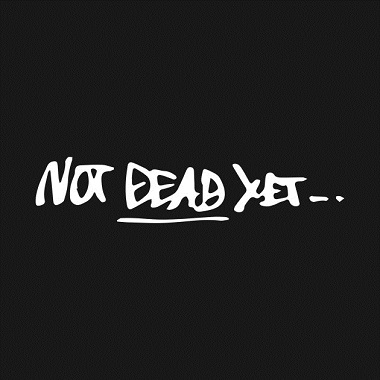 Much like Junk Dog, the Speakeasy podcast is not quite dead yet. While it is on hiatus for most of 2019 I felt it wrong to not do a pre-Otakon podcast. Thankfully I was able to get Carl from Ogiue Maniax and Patz from The Cockpit to be on the podcast so I had someone to bounce off of preventing this from being utterly lame. We mostly talk about our plans for the convention as well as some guests and events you might want to check out. I’m still not sure what I’m doing podcast wise for Otakon proper but I have some ideas. Keep your eyes on the web page for further news.

Be sure to attend Our Panels!

Ongoing Investigations: Voltron Legendary Defender by Dreamworks, Kubo and the Two Strings by Laika, and Code Geass: Akito the Exiled by Sunrise.

Food for Thought: What is the most important thing for Otakon to get right its first year in D.C.?

And now your helpful bartenders at The Speakeasy present your drink:

Pour into an old-fashioned glass half-filled with broken ice, and serve.

When we did our pre-Otakon podcast, we felt like the Otakon staff were not dialing it in as was a concern for a number of people. There were guests both from Japan and from the U.S., premieres, concerts, autographs, and all the other things we’ve come to expect. Though most admitted to feeling like the con was missing a central, tentpole event, there was still a lot to look forward to.

Otakon 2016 was my busiest yet, in phenomenal ways, and yet I can’t pick out a singular favorite moment from the weekend. At least not one that was specific to the convention itself (amazing friends, amazing food don’t count). I’m proud of the interviews we did, but was personally less impressed with the overall presentation of the con as a whole. It was no one thing that contributed to the feeling either.

Something about this year just felt a little off. Maybe it was the impending move; that sense of change in the air, that seemed to pervade my mood over the weekend.

You’re leaving your significant other due to moving half way across the world for a great new job. It was a no-brainer to accept the position. The new career pays more and is far more rewarding. You debated the move for such a long time but when push came to shove it was just too good an opportunity to pass up.  Your relationship with your partner was hardly perfect. You had your issues but none of them were toxic. They were all things that could have been worked through if you had the time. It was mostly just the fact your need to advance your career and your life with this new job was more than what you had invested in this relationship.

Just before the move you and your partner have one last meal together. It is not exactly a date or a celebration. It almost feels like a dinner after a wake. It is a ceremony to help deal with the upcoming feelings of loss more than anything else. The meal is pleasant. Nothing harsh is really said. There are even some wonderful moments that remind you why you and your partner were together in the first place. It is far from a miserable affair but it is still slightly awkward despite the best efforts on everyone’s part. You leave the restaurant with a mixture of sadness and fear tinged with some hope that the upcoming new beginning will make this all worthwhile.

I think it is fairly obvious all of this is a metaphor for the last Otakon in Baltimore. Kate’s conflicted feelings about the event summed up everyone’s feelings. Otakon 2016 has a so many clashing emotions and ideas that need to be unpacked to fully understand this convention. If you don’t mind too much we are going to try to work through our experiences in this post while we give a con report as a by-product.