There were two new anime titles that were being heavily promoted at Otakon this year, In This Corner of the World and the new Kickstarter project Under the Dog. You could spy Under the Dog banners throughout the convention center, a mini-poster was included in all the bags at registration, buttons were being handed out, and there were autograph sessions and multiple panels with members of the creative team: Hiroaki Yura, Yusuke Kozaki, and Jiro Ishii. Plus, the Kickstarter went live during Otakon.

After Little Witch Academia 2 it was only a matter of time before we saw something like this. While there had been some important anime related kickstarters before and after Little Witch Academia 2 they were mostly either for shorter works or to help release an already existing production in English. Little Witch Academia 2 is so significant because it was a full length OVA that was overwhelmingly supported by English-speaking fans. And it reached it goal insanely quickly and then raised over times four times what they asked for by the end. So it seems like there is just money on the table for anime producers pitching the right project in America. The question is who was going to try to pick up that money first. It seems like Creative Intelligence Arts are the first people to try to go even beyond what Studio Trigger was trying.

Under the Dog is the fairly ambitious pitch for a single OVA that could serve as a prequel to a larger three-part movie trilogy. The crowd funded goal is for $580,000 which is far more than anything that an anime has tried before. Is this project much like Icarus and flying too high too soon or is it Japan finally learning to capitalize on new revenue streams and methods of raising funding in a timely manner? 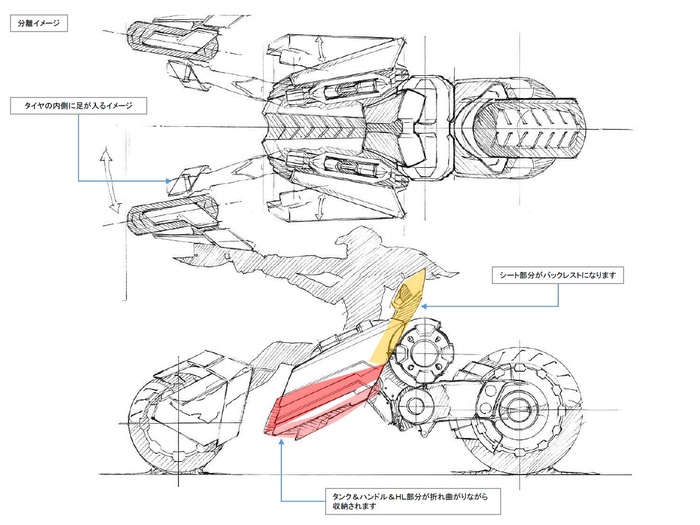 Violence and a cyberpunk future, that is what we pretended anime was back in the day. Under the Dog is playing to that!

The character and technology being designed by Yusuke Kozaki is really shaping up nicely and we got to see a lot of the preliminary work he has been doing. I am a big fan of his character designs. He is bringing the clean style and modern edge necessary for the world of Under the Dog. And I’m absolutely in love with that motorcycle.

We only know the minimum about the story Jiro Ishii is crafting, but they clearly have the foundation worked out which they can expand on in subsequent iterations if possible.

Masahiro Ando, while not present at Otakon, gives me great hope for the action sequences as he is the man who directed Sword of the Stranger.

Hiroaki Yura was really the spokesperson for the project at the convention. During one of the panels he even briefly mentioned his ire for the Japanese studio system which he believes has a habit of stifling and monopolizing talent implying there may be some risks with this project.

According to the panel, ideally Under the Dog would be a film trilogy, but that takes a lot of money so they are gauging interest. On the one hand, you could see the Kickstarter as a first step to a grander goal. On the other, you could see it as an overly ambitious pilot that may never gain traction.

I’m choosing to view it positively. If it never goes further than one episode, hopefully we’ll get a slick, high-octane OVA to enjoy with a vignette of a story that hints at great things but satisfies on its own. 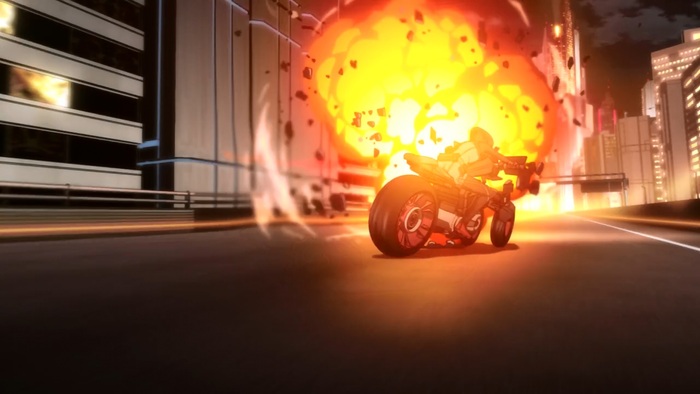 I agree 100% with Kate. This really feels like something that is laser focused on what appeals to both casual and hard-core anime fans in equal measures. Dark, bloody, action packed sci-fi is sort of anime that sells extremely well when done right. Heck, it sells well as long as it is done competently. (Note: That is not something that appeals to ALL anime fans but enough of them that is makes few other premises more capable of catering to an ever wider audience.) In fact if anything it the whole shebang seems to almost come off as pandering. I’m hardly the most anti-establishment guy who is always wondering how the system is cheating me but it did seem like at times someone using a checklist of things American fans like. I was even wondering how sincere the whole “we are rebels trying to get the anime we all want made” attitude did seem a little more corporate PR than I might have liked.

That said even if that is true if might actually not be the worst thing in the world. In fact it might be just what we need for a project like this. For awhile there was a this constant grumbling about anime and how it has changed. You still get anti-moe rants on a regular basis and anime based on light novels hardly has a better image with English-speaking fans. An anime that is catered to American fans want might just be what the doctor ordered for a grander experiment like Under the Dog. If you want to fund smaller projects than you can throw out a more experimental premise but if you want to crowd fund something big than you have to try to appeal top the largest audience you can. And this audience ifs hungry for more. Psycho-Pass, Space Dandy, and Terror in Resonance have helped recently but it anything they have whet the appetite more than satisfied the craving.

It all comes down to how much the animation staff actually wants to do this show. If the staff really wants to do a gritty shoot-em-up sci-fi extravaganza then this could be amazing. Various mishaps could still have everything fall apart but the key elements for success will be in place. But if the series is just a formula for raising money by people who would rather being doing something else than the project is doomed to mediocrity. It is not that hard to see what has had love poured into it and what had just been made for the want of a paycheck. It does not matter what the money men want. As long as they don’t interfere too much because they suddenly think their artists they are largely irrelevant. If the staff is enthusiastic then the project might just be amazing. A hungry fanbase and an enthusiastic artistic team is the perfect combination.

Masahiro Ando can do a great visual choreography. While Canaan might have had some major flaws you can’t complain  about the actions scenes and the direction in general. And speaking of Canaan (as I am want to do) Jiro Ishii can write a solid story if given the chance. 428 and Time Travelers are critically acclaimed games that he wrote. His work on Nine Hours, Nine Persons, Nine Doors and the Professor Layton series are also no small accomplishment. Plus he has worked with Type-Moon in the past so that is always a feather in his cap in my mind. Yusuke Kozaki has proven he can make an attractive and memorable bunch of male and female character designs in Fire Emblem Awakening and No More Heroes. If this team has actual passion than this it could be something spectacular.

The seeds of greatness are there. If a mighty beanstalk or a barren field is produced has yet to be seen. 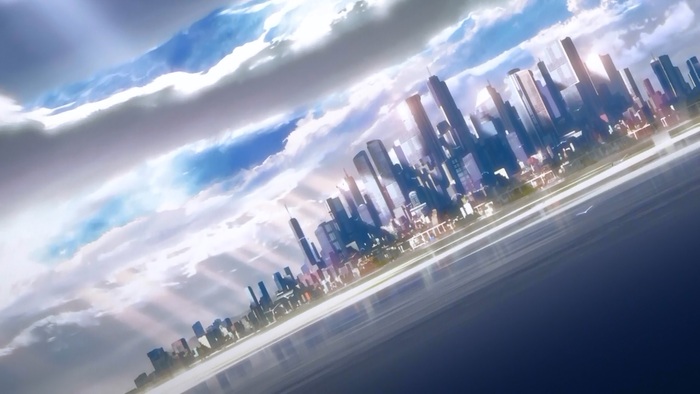 One of the first things I did after returning home from Otakon was to fire up the compy and back this Kickstarter. I’m sure many others did the same, if they hadn’t already during the con itself. As of now the funding is already over $100,000.

With crowdfunding ramping up and shedding some of the mistrust people have for it, it is really an exciting time to be an anime fan.

I have finally given into the urge to pitch into a Kickstarter. I still have some reservations about the project. Kick-Heart was short and Little Witch Academia 2 had its previous episode to attest for it. While there is some good promo material for Under the Dog most people know that trailers and bullshots can be very deceiving. What is promised and what you get can be very different. With any crowd sourced project you take a bit of gamble (unless it is just a glorified pre-order project.) From what I have seen I feel like I’m willing to put my chips on the table for this roll of the roulette wheel. I’m not going to lose my shirt by spending this money and the pay off if I win could be enormous.There are so many things that could go wrong but I don’t feel this bet is a long shot.

If you’re interested in action sci-fi it is definitely worth checking out the page for the project.