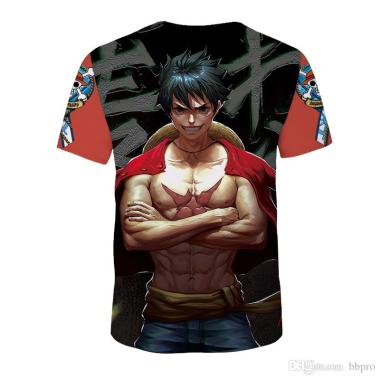 Apparently, the 12th Anniversary is silk and linen so I went with a “classic” anime silk shirt for a picture for the post.  I would have gone with the more traditional Dragonball Z club shirt but One Piece is more on brand for the site.

If you give me nothing else I will note that I remembered the blog’s 12th anniversary before it passed this year. It might be a little odd to pat yourself on the back for something most people would remember as a matter of course but I will take my wins where I can. Also doing anything for twelve years is an admirable accomplishment especially for something that is as bespoke as an anime blog like this.

This has been a bit of an odd year for Reverse Thieves. If you have not noticed Kate has taken a year off from doing anything with the blog. I have been waiting for the right time to say something about it and the 12th anniversary seemed the right time. She wanted a year away from blog and podcasting to focus on herself since she has had several life-changing events (for better and for worse) hit her in a row. If she will be back in 2020 is yet to be seen but until then I will try and keep the porch light on for her if she chooses to return.

Until then I will try my best to keep up the weekly content on the blog. The beginning of the year threw me for a bit of a loop to the point were people understandably thought the blog was totally dead. After a bit of adjustment, I was able to get myself in the proper headspace in order to keep to a regular schedule. Now if nothing else I do some sort of editorial on Monday and the Type-Moon roundup on Saturday. It hardly peak Reverse Thieves but it is something.

I know several people miss the Speakeasy podcast but I utterly dread the thought of doing it as a solo podcast. I just have a feeling it would be an odd rambling affair if I did it in a free form manner and I just don’t have the energy to do it as a scripted affair. If Kate does not come back in 2020 I will look into restarting the Speakeasy in some form without her. I have some vague ideas in what form that might be but at this point, it is nothing even remotely definitive or concrete.

While I am at it I am fairly certain that there will be no Secret Santa Project this year or at least one run by the Reverse Thieves. That was always Kate’s project and possibly a little beyond my organizational skills without her. If anyone wanted to take over the mantle I would have no objection to it as I always liked it as a way for the community together in a way and for everyone to expand their horizons.

I do have a slightly interesting idea surrounding Sarazanmai and some other irons in the fire but that is for another day. Until then I apologize to any readers who have stuck with the blog during these odd times and hope that I can still provide some materials that make you appreciate the depth and breadth of anime and manga.

3 thoughts on “If Nothing Else I Remembered Our 12th Anniversary”